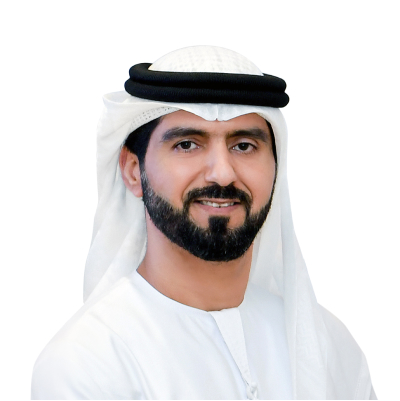 He has changed the way the UAE government communicates, producing original, innovative, and creative content that has positively impacted the lives of millions locally, regionally, and globally. He is Strategically-focused and creatively-driven; the kind of creative innovation that has resulted in the UAE Government Media Office being awarded at some of the most prestigious creative and marketing shows around the world, including Cannes Lions, One Show, Clio,Webby’s, New York Festivals, AME Awards, Loeries Awards, Dubai Lynx and WARC. His unique approach to creativity has made Khaled an important and inspiring speaker around the world; sharing the story of how governments’ creativity can be turned on.

He has earned leadership roles at the Global CMO Growth Council established by Cannes lions and ANA, New York Festival AME Advisory Council, Brand Advisory Board (BAB) for The World Media Group, Strategy Board Member in the Middle East Public Relations Association (MEPRA) and Executive Board Member in The Public Relations and Communications Association. Khaled AlShehhi is the winner of the World Media Award (WMA) for Content Leadership & Innovation for 2022. He’s also been featured in the Arabian Business’ 2021 Power List of individuals who is shaping the future of the middle east, “Digital Professional of the Year” by The Public Relations and Communications Association (PRCA) and Marketing Game Changer by Campaign Middle East in 2020

"To build any form of sustainable economy, you must ensure it gets a continuous supply and demand. Our economies are in the midst of a transformation. Some say that if oil was the primary fuel of the 20th century, creativity will be the fuel of the 21st century. We must promote and protect creativity as it’s the crucial determinant of future success. Beyond machines and algorithms, we need talent and human intelligence to give substance to the creative economies we seek to build in our region. This talent must be identified, refined, nurtured and catalysed to truly be valuable. Programs like the Dubai Lynx Student Competition are an essential part of this process. Through it, we can stimulate and reveal the talent that will craft our future economic performance through innovation."

Austyn Allison is the editor of Campaign Middle East, the leading industry title for the region’s advertising and creative community. He has been in the role since July 2016; prior to that he was supplements editor on MEED (Middle East Economic Digest, a business-to-business title covering the major projects market in the Middle East and North Africa). From 2007-2011 Austyn edited Communicate, a media, marketing and advertising title covering the MENA region. Austyn is originally from Scotland, but has called the UAE home for the past 17 years.

“The student awards are important because they give students a chance to work on a real brief. That sounds obvious, but it makes a big difference. Suddenly it’s not about showing how much they know, or even how good they are at their favourite bits of advertising; this is practical, real and concrete. The winning submission will become an actual cover. On thousands of copies of an actual, printed magazine. It will land on thousands of desks, sit in offices around the region, be read, be shared, be stolen. For a lot of the students entering, this will be the first time their work will have life outside their university, and that means a subtle but vital shift in thinking. It is not a chance to show off how good they are at something they have chosen; it’s a chance to show off how good they are at answering real-world challenges, and an exercise that will prepare them for their future careers. And for the winner and the shortlisted runners-up it will show potential employers how good they are at translating their training into real life work.’’ 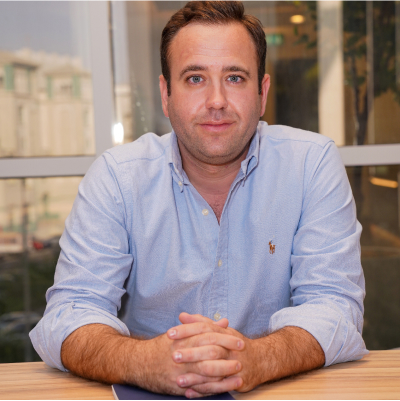 Joao Medeiros, the Executive Creative Director of Havas Middle East, leads all Havas Group entities' creative teams and creative output in the Middle East. Based in Dubai, UAE at the regional head office with creative oversight over the local offices in Oman, Qatar, KSA, and Egypt, Joao has supported Havas Middle East to be recognized as the number one network in the region by the D&AD, One Show, and Loeries. This year his team delivered the Outdoor Cannes Lion grand prix-winning campaign for adidas Liquid Billboard and won the film craft grand prix at the Dubai Lynx for adidas Beyond the Surface.

Born in Rio de Janeiro, Brazil, but raised in the UK, he has worked in Brussels, Antwerp, New York City, Los Angeles, and Amsterdam at network agencies and creative boutiques, such as 180 LA & Amsterdam, BBDO New York, and TBWA Chiat Day LA.

Joao has worked on global and national campaigns across the world for brands such as Qatar Airways, Expedia, Nissan, Honda, Sony PlayStation, Reckitt, FAB, and adidas.

His work has received top accolades at all key advertising festivals and Joao currently sits on the Havas EMEA Creative Council.

"One of the most impactful initiatives of the Dubai Lynx organization is its student awards. It is wonderful to see an organization invest in the lifeblood of our industry. Students carry with them ideas that not only excite us but, in many cases, take us into a more meaningful future."

Head of Strategy, Serviceplan ME 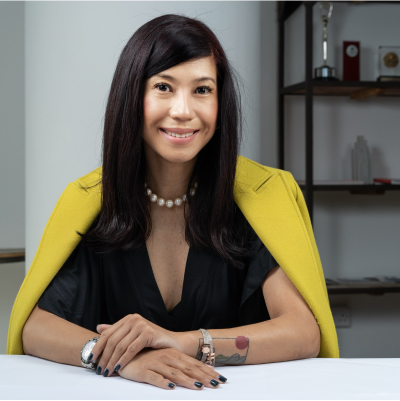 Frances delights in Building Best Brands attuned to the times. While growing her roots marketing German, American, and Japanese automotive brands, she accidentally found her passion for steering brands towards strategic opportunities where they can add value, not disruption, to consumers.

As one of the pioneers of Serviceplan’s House of Communication in Dubai, she has helped position and reposition brands driven by empathy. She thrives best in workshops where she can guide clients into landing real-world solutions to unique business challenges.

She swears by hand-ground, home-brewed coffee best enjoyed with a board game, a hardcover, or a Kindle. 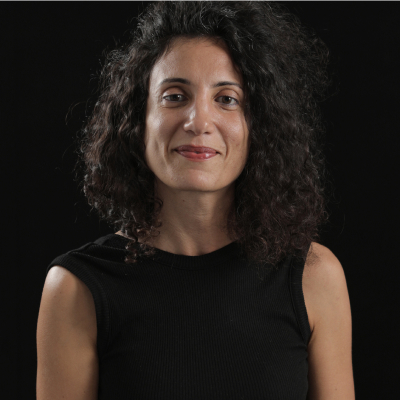 Sarah is a Sr. Creative Director at Vice, with 18+ years experience in creating impactful campaigns for brands in the MENA region. Having worked at some of the top agencies in Dubai, like Impact BBDO, Mullen Lowe, and Wunderman Thompson, she has enjoyed her fair share of success in working on a diverse portfolio of Global and regional brands like Etisalat, Emirates, Mars, KFC, Unilever, P&G, Johnson’s, Pepsi Co, Amazon, Google and Essity.

Sarah has a particular interest in creating work that impacts culture and changes the narrative for women. Her most famous work includes TENA’s "Despair No More", 28 Too Many’s “Mutilated Words” and “Zero Tolerance Ribbon”, Fifty Fifty’s "Close the Gap" and the Waste Management Coalition's “Toxic Flag”, all recognized at international and regional award shows like Cannes Lions, D&AD, the One Show, Clio, LIA, Loeries, Dubai Lynx and EFFIES amongst others. Sarah has been a juror in multiple international award shows including Loeries and ADC Awards and was nominated top 10 Next creative leader by the One Show for creativity in 2021.

"Even the most decorated creatives need validation every now and again. It's important for students to find that validation to get them excited about the industry and their work." 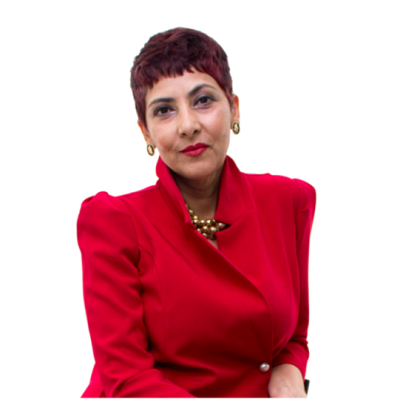 Priya joined Unilever in February 2008 as the Corporate Communication Manager for Middle East and North Africa (MENA) and is based in Jebel Ali, Dubai which is the regional Unilever headquarter. In January 2012 she was assigned the additional responsibility for Employee Engagement across the countries of MENA, Turkey, Russia, Ukraine and Belarus.

In 2019 she was promoted as Sr. Sustainability Head for MENA, Russia, Ukraine, Belarus & Turkey and in 2021 the additional remit of MENA External Affairs was added to her portfolio.

In 2016, she led the formation of the Advertising Business Group (ABG) and has been its Board Member since 2016. The ABG is GCC’s largest advertising and marketing self-regulatory body with over 60 members who account for over 70% of the MENA’s advertising spend.

Since 2018 she has been representing the Multinational Companies Business Group https://www.mcbg-me.com/en/) in the FCSA led Private Sector Advisory Council on the SDG’s.

In Nov 2020, Priya led the launch of the UAE Chapter of the Unstereotype Alliance (UA) in partnership with UN Women. The UA is a thought and action platform that seeks to eradicate harmful gender-based stereotypes in media and advertising. (). For this, she was recognised by Campaign Magazine as a ‘Marketing Gamechanger 2020’.